redTV is an installation incorporating a live TV signal, a small Television, custom software and a projected circular video image.

The TV signal is fed into a laptop using a analog to digital video converter and is then accessed via the redTV application, using the OpenFrameWorks library for C++. The image is analyzed and any areas of red are then isolated and tracked in real-time, leaving behind a trail of image outlines which gradually, over the course of several minutes, fade away. In this manner a complex and dense environment of filigreed lines emerges and dies out, tracing and mapping an evolving history of the underlying visual mechanics and sight lines the cameraman/editor/producer consciously or unconsciously constructs.

I have used red as it seems to be the most resonant televisual color, often employed liberally for garish news headlines (think Fox and their rabid, near fascist-hysteric graphics, or "The Colbert Report's" mocking parody of said drivel), "terror" alerts, cartoons, weather graphics and music videos (as well as obviously being present in the general image in all manner of scenarios). Another analogy is that of blood, where the stream of images coursing through cables and satellites is seen as a correlative, in some sense, to a bodies circulatory system. The video projection takes the form of a circle to elicit associations of a petri dish or microscopic image, heightening the sensation of seeing some sort of biological processes at work, as in the movement of blood cells. The films of Jean Painlevé and Eduardo Kac's work Genesis could be cited here as references, as well as Bergson's quote of “something mechanical encrusted on the living.” (le rire, 1900)

The importance of using TV as a source for this project stems from the fact that it is a pervasive, long established and critiqued medium, with a history and impact on our cultural and personal lives as none before. This a priori facet of Television works well as a foil to the project as it is a direct descendant and parent to, current imaging technologies. The literally ceaseless data stream of television signals which exists in our stratosphere has had a formative impact on our collective psycho-social and interior lives, and it is this idea of a unidirectional flow of transmitted data (as opposed to the Net), through several generations of humans that I draw upon to paint an allegory of transience twinned with continuity. In an attempt at decoding Televisions somatic effects, the work speaks to notions of natural processes' embodied as they are in this structuralist meditation on the primacy of both television itself and the optics at play which underpin our near pathological receptivity to the medium.

Red TV concerns itself with a interplay of signs and ciphers that intend to map out, in a poetic sense, our uncomfortable relationship with technology and its close connect with our own sense of the corporeal. 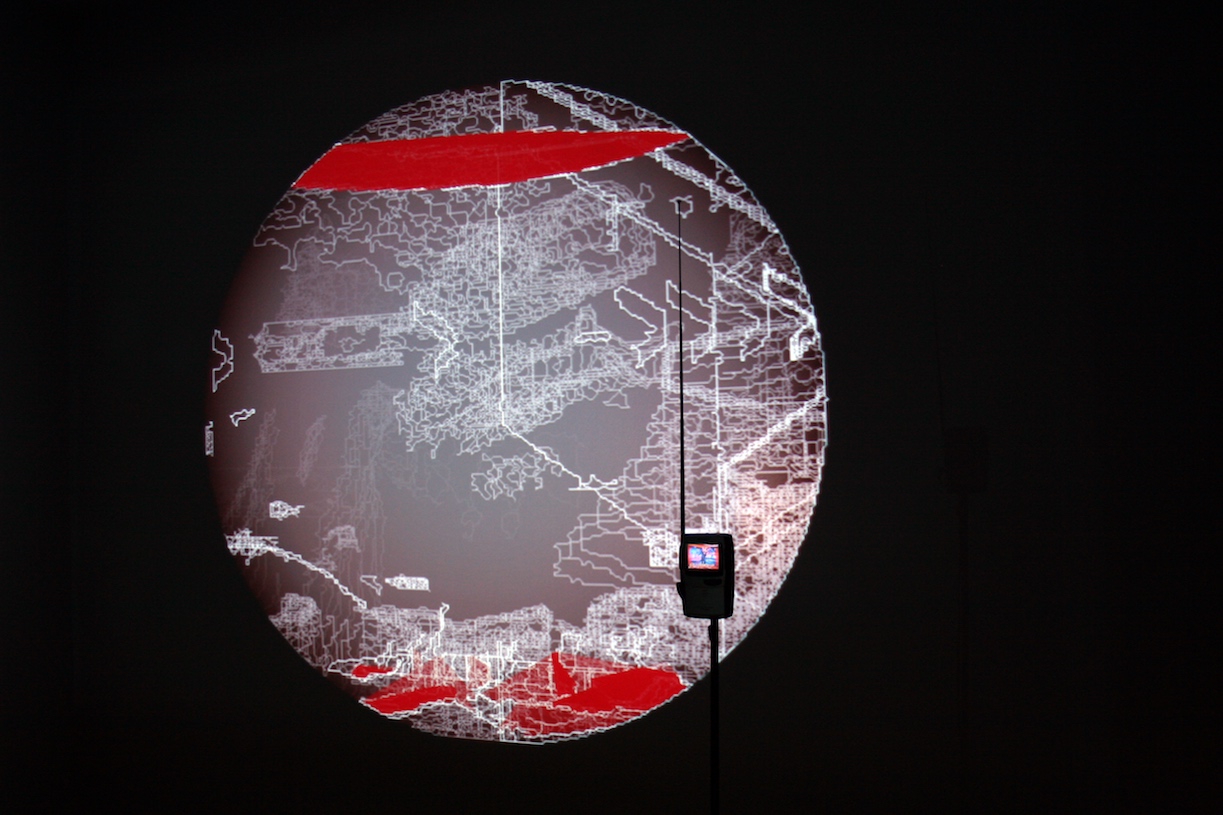